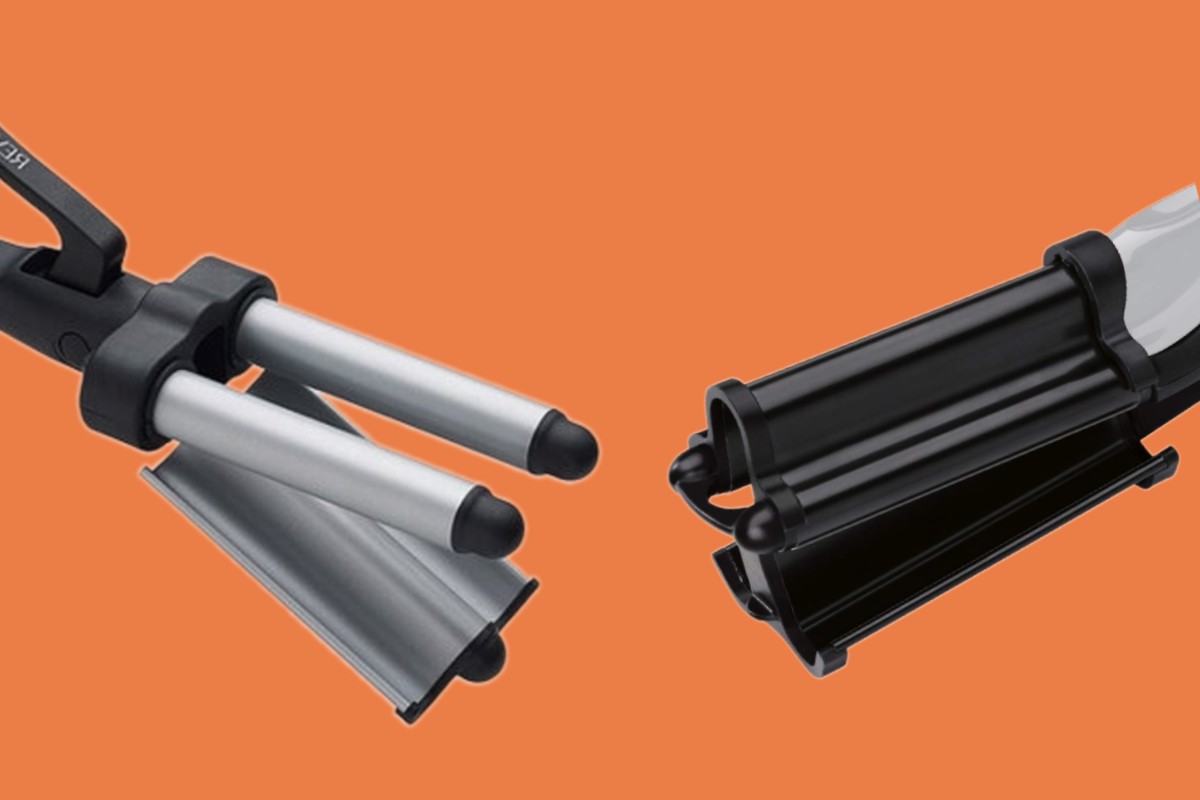 When you’re on the search for a good hair waver, you’ll generally run into two types of wavers: deep wavers and 3-barrel or triple-barrel wavers. These are similar, but they are also different in a few important ways. For this reason, being educated about each one’s capabilities and design is super useful for deciding which product is best for you.

Deep wavers work pretty much the way that their name describes them. Using a ‘deep’ space between two plates, deep wavers clamp your hair into this space and create a wave. Of course, you’ve got to hold it for a few seconds for the wave to set, but just by clenching and releasing the handle, you can create gorgeous waves that are pretty chunky in size for the perfect effortless look.

If you’re a fan of big, glamorous Hollywood-style curls or loose beachy waves, deep wavers might be right up your alley. The design may look a bit complicated, but trust us when we say it’s much easier than it looks!

Triple barrel wavers are also sometimes called three-barrel curling irons, and are characterized by the barrel layout : one barrel is found on one side of the plates, while the other barrels are found on the other side. When the tongs of the wavers are pinched closed, the single barrel fits neatly between the double barrels – this is where the neat, perfect wave is formed!

Triple barrel wavers are often the choice of those who prefer more defined, crimped-style waves. The proximity of the three barrels to each other means that there will always be uniformed, consistent wave patterns.

When choosing between the two types of wavers, remember that you’ve got to keep several things in mind! For instance, what sort of hairstyle are you most interested in recreating? Are you more of a chunky-waves girl or more of a defined-waves girl? If you prefer more crimped looks then by default, a three-barrel waver is your best option. Do you have longer or shorter hair? If you’re on the short side, deep barrel wavers may be a better pick, as they are less wide. Three-barrel wavers do take up a lot more space on the hair shaft, which isn’t always ideal for those with shorter hair.

Both tools are pretty similar in action, as there’s no need to wrap your hair around barrels like you do with a curling iron, but it’s pretty helpful to think about your own preferences and capabilities. If you’re looking for a waving tool with the smallest possible learning curve and the least amount of hassle, deep wavers are pretty amazing. We love three-barrel wavers too, but the deep waver is a tool that’s often much better-suited to newbies and those who are into minimalist routines.

There you have it! You’ve learned all about the similarities and differences between deep wavers and three-barrel wavers. Now, it’s up to you to decide which one works for you. Whichever one you choose, we’re sure that you’ll love it!

This site uses Akismet to reduce spam. Learn how your comment data is processed.